Quizzing.tv is a brand new TV production company run by the world’s leading experts in all things quiz.

We specialise solely in quiz and have numerous formats and documentary ideas to fit pretty much any slot in a schedule.

There’s nothing we don’t know about quiz and quiz shows and we can give your channel unprecedented access to the world’s most prestigious live quiz events too.

THE QUEEN OF QUIZ

If you ever need anything in Quizland, look NO FURTHER! For over 15 years, Jane has been the driving force behind the most prestigious live quiz events in the world. From the Quiz Olympiad to the World Quizzing Championships, Jane has seen it all and personally knows absolutely everyone in quiz. Players travel from all over the world just to attend her events.

Head of the International Quiz Association. Head of the British Quizzing Association. And now head of Quizzing.tv, Jane and her team are trusted to write and verify huge numbers questions for major TV shows each year. Jane’s even the co-host of Australia’s ‘Child Genius‘.

Jane’s worked behind-the-scenes on dozens of television quiz shows, being consulted on everything from fixing formats to finding quizzers to take centre stage.

She is the driving force – all done with a wicked sense of humour.

THE ONE YOU'LL RECOGNISE

Shaun’s an actor and writer best known for playing Barry Evans in BBC1’s ‘EastEnders’ from 1994 to 2004 and for his extensive work with Ricky Gervais and Stephen Merchant on ‘Extras’, ‘Life’s Too Short’ and ‘The Invention Of Lying’.

He channelled this passion into writing ‘A Matter Of Facts’, his literary debut, which details a year of his life immersed in the world of quizzing. Starting with crushing disappointment at the 2019 World Championships, he embarked on a journey of physical and mental improvement, including being trained by a memory grandmaster and a course of hypnotherapy and threw himself into the UK Quiz circuit to try to improve his national ranking, as well as quizzes in pubs and on cruise ships.

Over the past 15 years, Sue she has launched numerous hit quiz and gameshows, predominantly for BBC 1 and ITV. Amongst others, she produced two series of Ant & Dec’s ‘PokerFace‘, the million pound gameshow that went on to be made in 14 countries, revived ‘The Krypton Factor’ for ITV and launched the BBC’s ‘Hole In The Wall’ with the late, great Dale Winton.

From its inception in 2009 up until 2013, Sue was Show Runner on ITV’s hit quiz ‘The Chase‘, leading the creative process from paper format all the way to ratings smash, winning a Broadcast Award for Best Daytime Programme in 2013.

Recently, in her role as Head of Quiz and Gameshows at Spun Gold TV, she produced the company’s first ever quiz and gameshows, including ‘Quizmaster’ before joining Studio Ramsay in September 2020, where she was Executive Producer on ‘Gordon Ramsay’s Bank Balance’.

HEAD OF COLOURING IN

She is a talented marketer by trade, with 20 years’ experience so is responsible for colouring things in and making Quizzing look gorgeous. Lucy creates beautiful graphics and effective branding. She works out online and offline strategies to promote everything we produce, and she can do this for you too.

Lucy has what she describes as “pub-quizzer levels of knowledge” and a real passion for trivia. It was unavoidable really. She is Jane’s little sister!

IT Development and Support

In true techie style, the tech team don’t like to have their photos on display. We have the best backroom boys in the business, writing and supporting all the tech we need to support everything we do.

Early in the first lockdown, we put together some quizzes that we have left up on YouTube so you can use them to entertain your friends and family at any time.

Forty fun questions beamed to you on YouTube and hosted by the awesome Shaun Williamson – totally free! 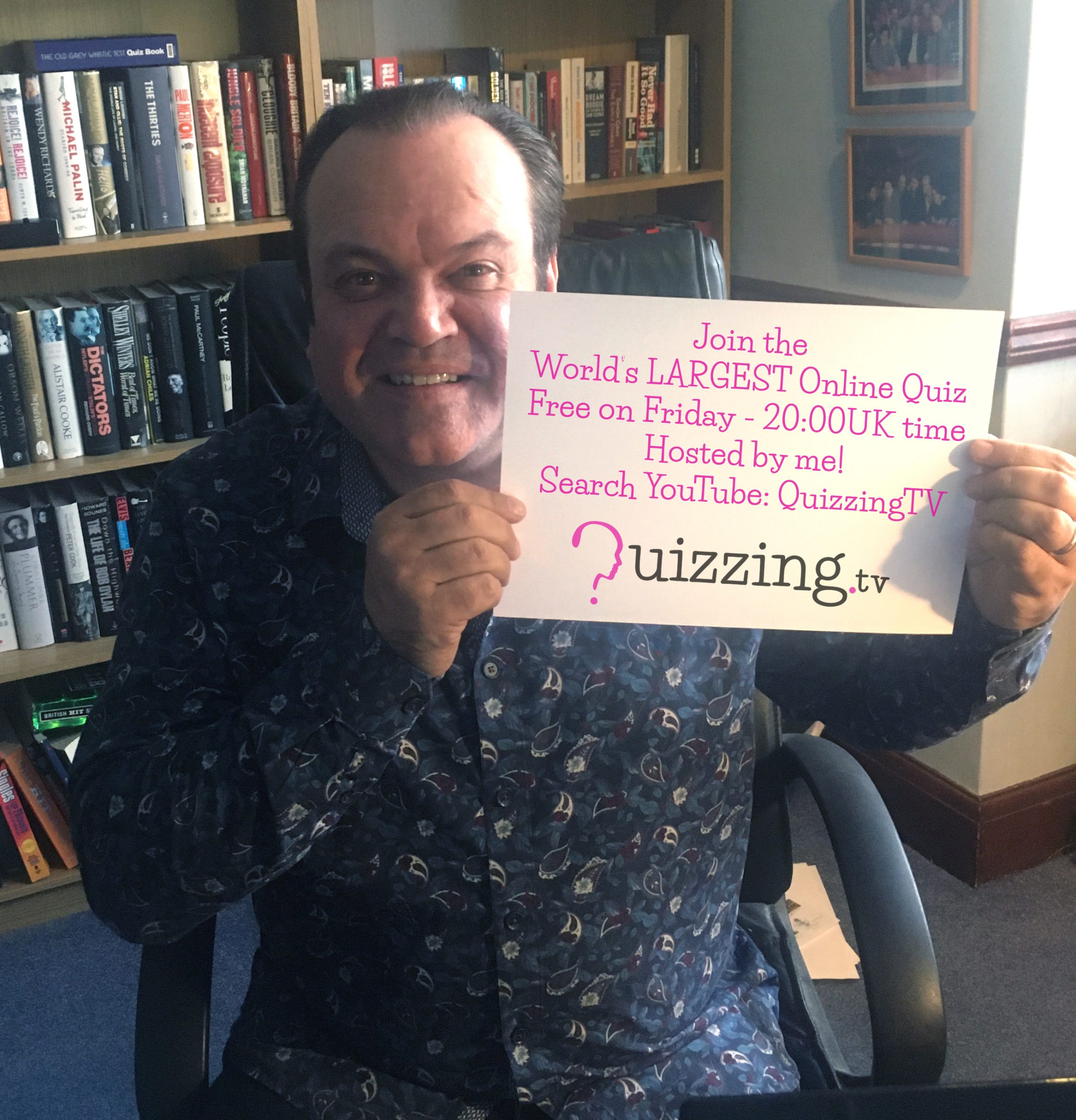 Quiz against the WORLD!

See your self on top of the world!

If you want to see how you fared against the rest of the world in the quizzes you take part in,
simply create a free account on the quizzing engine, ‘Quest‘ and enter your scores.

Join the conversation on social media

PLease be kind - we're very new at this!